STONINGTON, CT - "We were coming out here expecting to be in the top three. The win was possible and I'm just so glad we got it. We deserve it," an excited Noah Korner stated in Midstate Site Development (MSD) Legends Series victory lane.

The Central Connecticut State University student may have sold himself a little short coming into the event.  By the time he loaded his trailer on Friday evening, Korner was the owner of the track qualifying record and two race wins.

Jordan O'Brien led the field to green with Korner to his outside. O'Brien paced the first three laps around the 1.7-mile circuit before Korner used the draft to take over the lead.  The Midstate Motorsports driver went on to lead the final nine laps in route to his first victory of 2016 and a national qualifier spot.

"Well, this track has an outstanding draft. I was just trying to draft him on that one lap to gain some distance," Korner explained. "But then on…lap three I thought I could get around him and I just tried for it and went for it and pulled away. It was a great race."

In the second race, the roles were reserved with Noah Korner on the inside, and Jordan O'Brien to his outside. Korner set the track qualifying record, previously held by O'Brien, with a time of 1:20.826.  On the race start, Korner retained the lead. Both Shawn Buffington and O'Brien were stalking Korner over the opening laps. O'Brien was able to get by the race leader on lap two, but quickly relinquished the lead back to Korner on the next circuit. Buffington, who was running second consistently, retired from the race on lap four after his engine expired. Despite frantic efforts by O'Brien, the Maine driver still came up one-half second short.

Korner was quick to praise his family and crew following the Semi-Pro driver's second win of the afternoon.  "I'd like to thank my Dad, Midstate Site Development, 860 Motorsports, Jags Palmer, JJ, Rich Keator, my brother, Andrew Quealy, and everyone who comes out here."

The next event for the Midstate Site Development Legends Series is Friday, May 20, featuring two INEX and MSD Series points races. 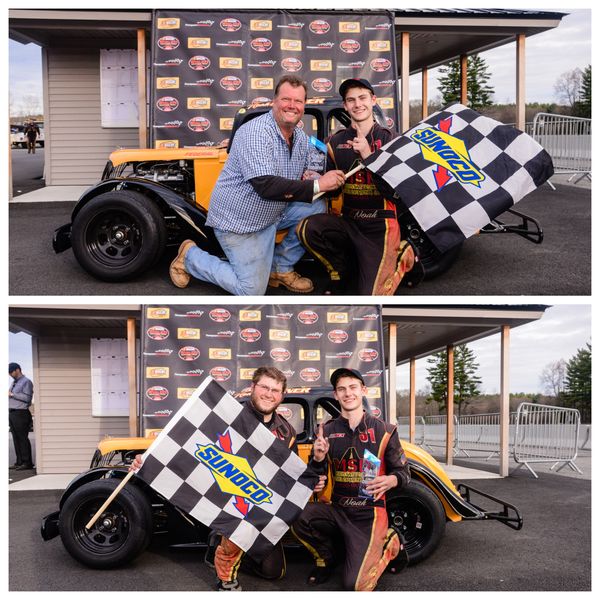